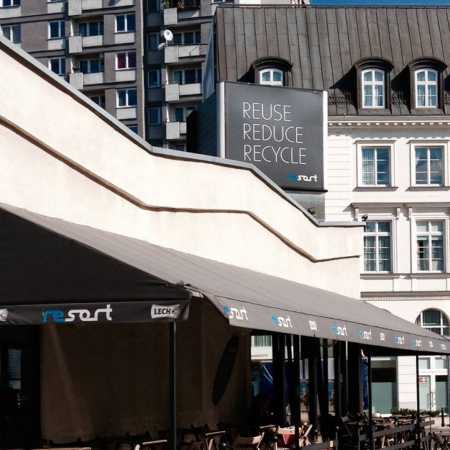 The Department of Comedy is an independent comedy scene in Warsaw. In the basement at 1 Bielanska Street you can see stand-ups, original sketches and – the most important in our repertoire – improvised performances. Improvised, i.e. invented live, without a prior plan, but with the active participation of the audience. The most experienced comedians and comedians from Warsaw’s improvised theatres perform at the Comedy Resort. They play in their own groups (e.g. Hofesinka, Hurt Luster, Hulaj po Warszawsku) and duets (Klaster, Musical Moments) or together with other improvisers they create their own theatre projects (Spectacle in Darkness, Medium Thirty Years old). The audience also has the opportunity to see how comedy combines with music, literature or social activity – thanks to the guests we invite. The performances at the Comedy Resort are original and go far beyond the cabaret patterns, while remaining a great entertainment.