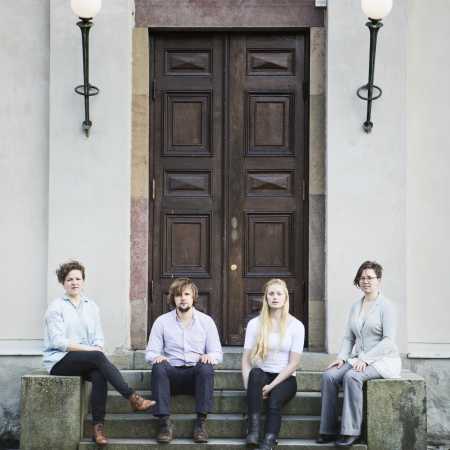 The four musicians of Rim carry the torch of tradition, shedding light on the limitless world of the folk music quartet. The band consists of top musicians from both Norway and Sweden. Two fiddles, a melodeon and a keyed harp create a playful universe, filled with rhythmic dance music. Rim offers a combination of improvisation and experimental music, in an ever expanding journey of traditional Nordic music. The band has an engaging and powerful presence on stage, making room for tunes that are both savage and sophisticated. Their debut album Rim was released in 2015, right now the band is working on a second CD that will be made public in the following year.