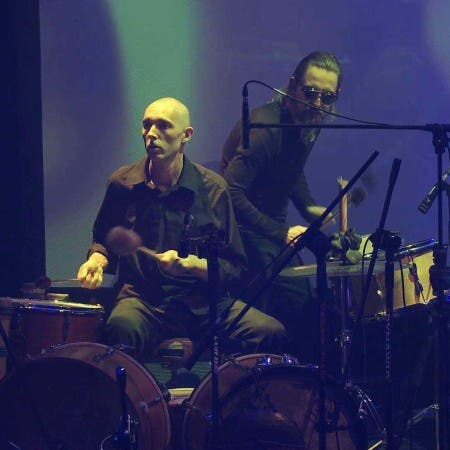 In Esperanto, Rito literally means a rite or ritual, which perfectly captures the idea behind this avant-garde group. It consists of famous musicians from the Tricity – Piotr Pawlak, the producer and guitarist also responsible for electronics and samples, Michał Gos and Jacek Stromski – two drummers representing different styles and playing techniques and Olo Walicki – a double bassist known to Different Sounds festival’s audience from his special project “Kaszebe in Armenia” which was featured at the festival in 2015. Rito is a phenomenon largely based on rhythm, primordial energy and vital forces which lead the listeners into a trance. On the one hand, their music veers towards ethnic sounds, on the other hand it is very modern and current. The band members, all having rich experiences in projects as varied as Kury, Łoskot, Kaszebe, Apteka, Bielizna, Lonker See or Oczi Cziorne, do not limit their explorations to music alone, often inviting dancers, contemporary artists or performance artists.