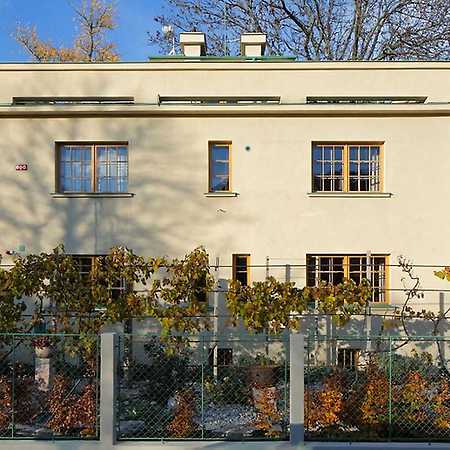 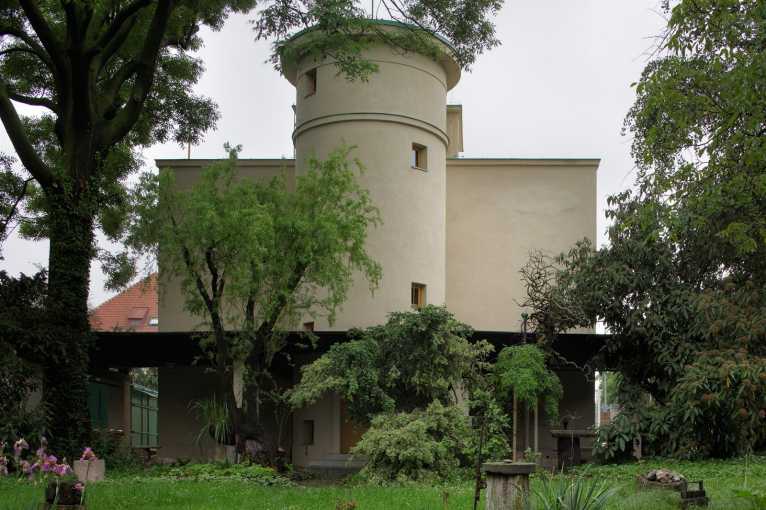 Otto Rothmayer (1892–1966) was a Czech architect during the 1st half of the 20th century. His life and work were closely associated with Slovenian architect Josip Plečnik; the two participated in the reconstruction of Prague Castle. During this same period, Rothmayer made designs for private commissioners, mainly from Prague and its close vicinity. He designed three family villas, several monuments, and assisted Plečnik with the Church of the Most Sacred Heart of Our Lord in Vinohrady. Rothmayer’s architectural undertakings besides Prague Castle strongly mingle with his joinery designs that were utilized in many interiors of Prague textile shops, children’s playgrounds, and museum exhibitions.

Inspiration arising from the Mediterranean style, which architect Josip Plečnik propagated in our lands, reflects in the design of Rothmayer’s villa built between 1928 and 1929. Its ascetic appearance is restricted to the cuboid and cylinder which houses a spiral staircase. The interiors were not very spacious; however, their connection to the veranda and picturesque garden, also designed by Rothmayer, was crucial. The sophisticated garden nooks inspired many visitors to the villa.