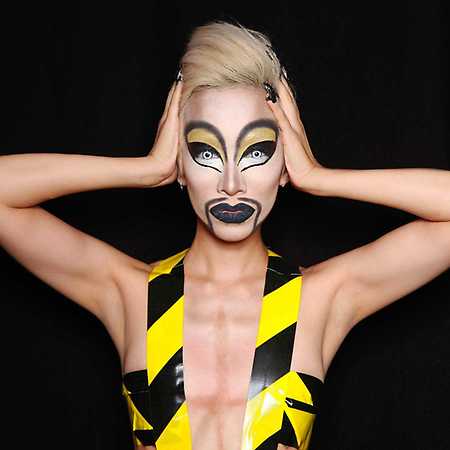 Ryan Stecken is a Berlin travesty artist and self-declared drag alien clown slut. Usually, he can be found at various shows, on stage or backstage.

After moving to Berlin in 2014, he dressed up in new outfits and stood on new stages until he managed to get his own open stage show. There, many new drag artists had the opportunity to give their debut or to fight for victory with experienced colleagues.

Not interested in money or being rich, Ryan has always tried to gain fame. His hunger for fame even brought him to participating in a German casting show in 2013. The fact of being the first boy drag artist on German TV made him crazy.