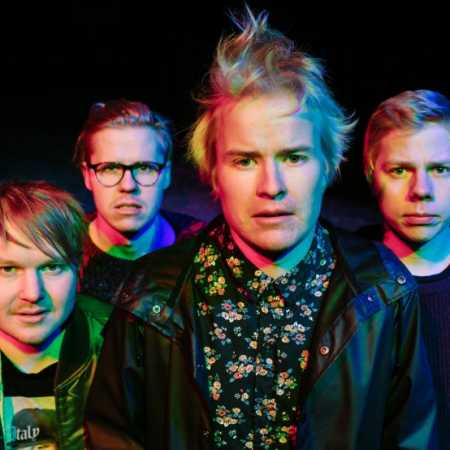 Satellite Stories is a Finnish indie pop band from Oulu, that was formed in 2008. Satellite Stories is the most well known Finnish indie band in all of Europe. The band consists of Esa Mankinen (vocals, rhythm guitar), Marko Heikkinen (lead guitar), Jyri Pesonen (bass guitar) and Olli-Pekka Ervasti (drums). The band’s debut album, Phrases to Break the Ice, was released on 21 September 2012 by independent record label XYZ Berlin and licensed throughout the world. In late 2012, the band made a publishing deal with major publishing company BMG. In the beginning of 2013 they were signed to X-ray Touring for bookings.

The band’s music and live performance have been praised by British music magazines and medias NME, Q, Clash, MTV UK and The Fly. In August 2012, they were the 2nd most blogged artists in the world according to the Hype Machine. In September 2013, their single Campfire made no.1 of Hype Machine’s most blogged charts.

The band released their second studio album, Pine Trails, in late 2013. In August 2014, the band started to record their third album in the UK with producer Barny Barnicott. Barnicott has previously worked with Arctic Monkeys, The Temper Trap and Editors. The album was released in March 2015 and the biggest newspaper in Finland gave it a five star review.