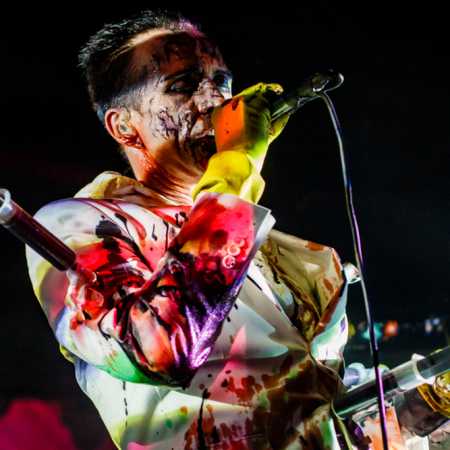 Skinny Puppy is a Canadian industrial music group, formed in Vancouver, British Columbia, in 1982. The group is widely considered to be one of the founders of the electro-industrial genre. Initially envisioned as an experimental side project by cEvin Key (Kevin Crompton) while he was in the new wave band Images in Vogue, Skinny Puppy evolved into a full-time project with the addition of vocalist Nivek Ogre (Kevin Ogilvie). Over the course of a dozen studio albums and many live tours, Key and Ogre have been the only constant members. Other members have included Dwayne Goettel (1986–1995), Dave “Rave” Ogilvie (long-time associate, producer, and “unofficial” fourth member until 1995), Mark Walk (2003–present), and a number of guests, including Bill Leeb (1985–1986, under the pseudonym Wilhelm Schroeder), Al Jourgensen (1989), and many others.