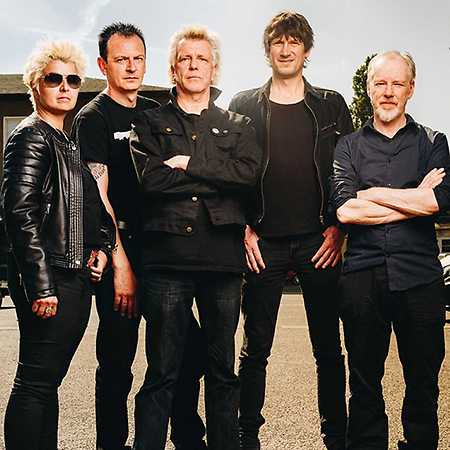 Slime is a German punk band from Hamburg. Founded in 1979, it became one of the style-defining bands of the 1990s. Musically and lyrically they transformed from a band of simple, catchy songs in the style of British punk rock of the late 1970s to a group of sophisticated song structures and complex, coded lyrics. They influenced the history of the German punk movement through their anti-fascist texts. Individual slogans, especially from their early phase, found their way into the autonomous scene.

At times Slime was controversial. The group was accused of selling off in the wake of its growing success. Their anti-American texts also caused criticism within the left-wing scene. Several songs, in particular the 1980 published Wir wollen keine Bullenschweine (also known as Bullenschweine), were the subject of preliminary proceedings.

After their dissolution in 1984 Slime reunited in the beginning of the 1990er years under the impression of xenophobic pogroms. However, they only for two more albums at the time. Only at this time the band had commercial success. After a break of fifteen years, the group rejoined in 2009, 30 years after the date of their first foundation, and released a new album in 2012. Since then the band is active again.

Wish Upon A Star