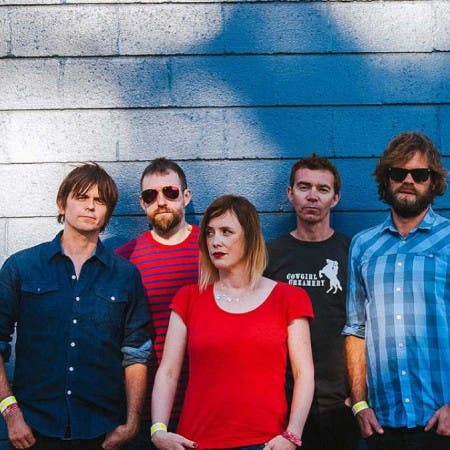 A brief announcement on Twitter-“Slowdive are back”-and the indication of the name of the Group on a poster of the famous Barcelona Primavera Sound Festival caused great shock in 2014. It turned out that even twenty years pause did not taste of their witnesses Slowdive guitar “hallucinogenic drugs without health risks”, gaining a reputation for himself in the meantime, the cult, so the desire even of today’s listeners, which until recently thought that the Slowdive live will see. A dream come true, associated with enthusiasm just confirms that the link of the Group remains in force today.

Mnohovrstevnaté, remarkable for its time guitar songs audio paintings represented Slowdive drowned in a sea of text of metaphors. Combined with the shoegaze, dream pop and electronica, and escalated a magnificent voice of singer guitarist Rachel Goswell.

Between the years 1989-1995, and with only three albums, the Group managed to enter into the rock history as one of the key reports, popovější, experimental version of the shoegaze 90. years, affecting a variety of India gradually rock followers. "The fact that our music even after 20 years, affects the new bands, says a lot. I’m proud of what we accomplished, "said Rachel Goswell.

Not even them twenty-five, when Rachel, guitarist and vocalist Neil Halstead, drummer Simon Scott, bassist Nick Chaplin and guitarist Christian Savill. At a time when Facebook nor Twitter existed yet, opinion on musical events determined the influential music magazines, the word shoegaze equalled the stranger’s abuse and the scene is uncompromisingly swept britpop with grunge. Those “beautiful etéricky” Slowdive couldn’t even didn’t want to compete. Justice but works. “Britpop and grunge that it's in the bag, but the shoegaze in the form of back zblázněné zombies that just never dies,” he said recently, Christian Savill in one of many interviews in which about twenty years older and more experienced Slowdive eager journalists and fans explained the reason for absolutely unexpected return to the podium and at the same time recognizing that it’s the world’s greatest festivals really enjoy , shall not preclude uploading a new album.