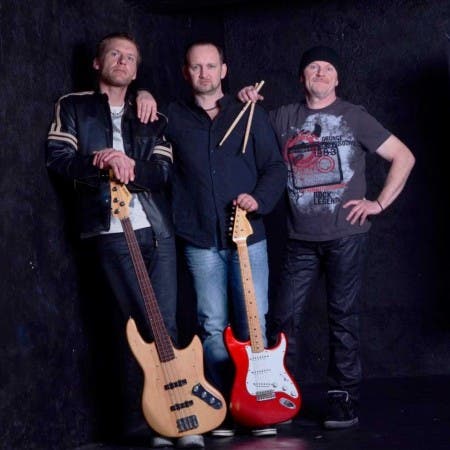 The project "Souperman" arose from many years in the head guitarist, singer, composer, and songwriters, Robert Jančíka, when the study of the reasons he was forced to "for a while" stop to the music. The moment, however, stretched on for more than ten years. During all this time, however, after nights of consisted in a drawer the different suggestions and dreamed of, that once again enters the stage and will play their own music.

Finally, it happened in the year 2011. Contacted the former teammates, but they were busy with other projects or have music for hung on a nail. I didn't get discouraged, and handed a few ad's Internet portals to … The drummer was now clear. At the first audition came to Milan, and with Robert's fell into the eye and found to have a similar opinion on music, similar to feel rhythms and that you are even human loved ones. It was now only a matter of time, when the latter comes to audition bass player, who will be with Milan sit and rhythmically into a collective.

In July of 2011 came Paul and be clear.So on August 1, we can speak as of the date of the actual establishment of a bunch of Souperman. – Translated by Automatic service