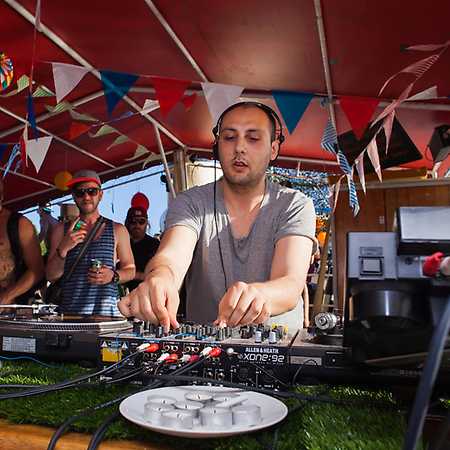 Despite Stratos Papanikolaou’s musical taste retaining its roots in the house music vibes of Detroit House, one might get a lacing of disco, techno, ambient and old-time classics, Giorgio Moroder meets Pink Floyd, Donna Summer meets The Doors. Stratos has been mixing for so long now that he interweaves these unusual combinations seamlessly.

From his adoptive home of Berlin, he encourages new ideas on modern house music though his label Phonograph Music. This is a personal affair for Stratos and provides an outlet for his creative network with the music that runs through his veins.

In this wild city, known for its extreme clubbing and never ending parties, he is a regular at clubs such as About Blank, Watergate, Heidegluhen, and others. Having a career in the dance industry for almost twenty years might be in part due to the way he plays his records by using only the best ingredients from the best sources, always prepared with love.