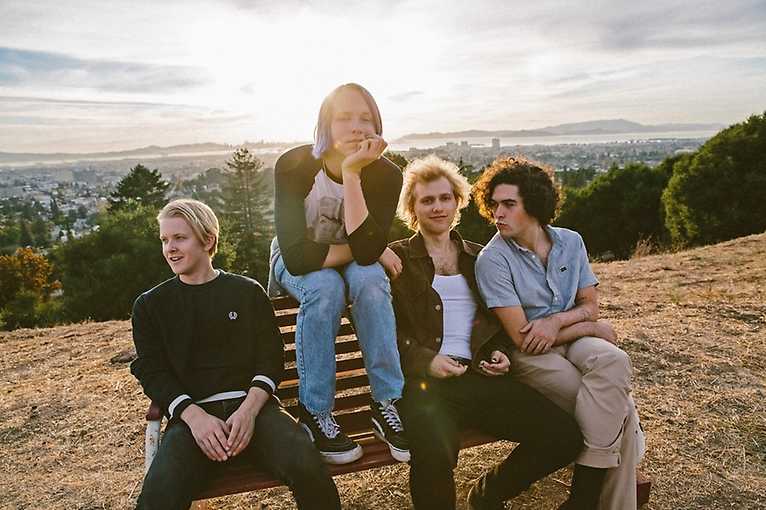 With the first few bars of the second Swmrs record Berkeley’s On Fire you immediately feel the change. You feel like you’re on familiar rock terrain, but then the Oakland quartet throws an electronic beat between your legs and lets the listener hang loosely in a loop. Swmrs have a lot more musical ideas than they would like to pack into the famous three chords and want to achieve great things with it. For that, Cole Becker and his colleagues Max Becker (guitar, vocals), Joey Armstrong (drums) and Seb Mueller (bass) spent months in the studio fragmenting and deconstructing everything: their favorite records, their way of working, themselves.

From their early love of The Clash or The Ramones to The Breeders, Rage Against The Machine to Public Enemy or De La Soul, the spectrum of processed sounds and ideas ranges from rock pop to emo punk. Swmrs make music as they and their entire generation hear it: unbiased, jumpy, imaginative and with a sense for matching links and unexpected twists. After their coming-of-age debut album Drive North, the new work is a mature and more mature – but of course still louder – successor. On February 28, Swmrs present their new record live at Musik & Frieden in Berlin.