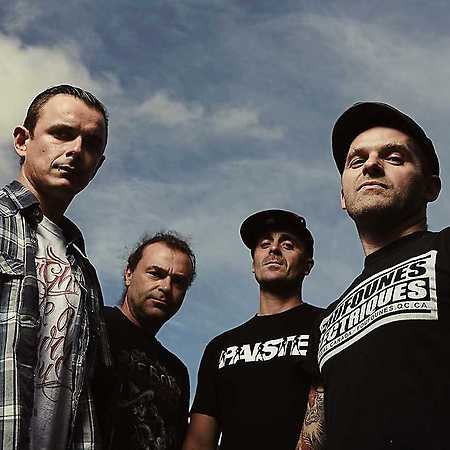 This worldwide legend of French (strictly speaking Breton), punk and hardcore has been crisscrossing the stage for almost 25 years. The group, which was founded in 1993 in Rennes, has already released 10 albums and played more than 1,800 concerts in over 25 countries. Among their influences you can include The Exploited, The Ramones, Bad Religion, Suicidal Tendencies and also native legends such as Parabellum, Les Sheriff or Bérurier Noir.

The band began as a pure punk rock quartet, but eventually, with new members, came elements of electro and other styles. The dominant personality in Tagada Jones is the singer and guitarist Niko, whose uncompromising voice has the power to pass an urgent, but not too optimistic message about our present times. Tagada Jones has built his universe on realistic texts which preach about domestic violence, sexism, ecology, individual freedom and brutal capitalism.