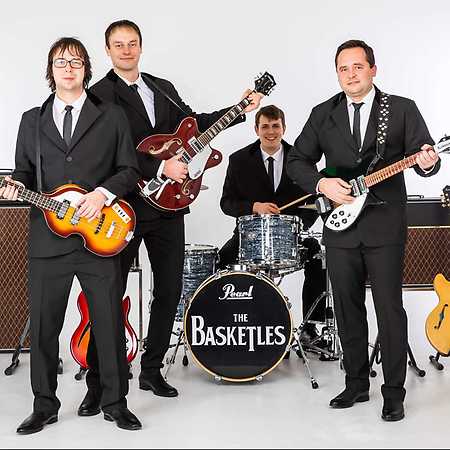 Prague-Kladno band Basketles primarily focuses on the true interpretation of Beatles' songs and their cover-versions of their entire active period.

They play in a four-member cast. They also performer some key songs of other bands from the sixties, such as the Rolling Stones, Searchers, Chuck Berry, or CCR.

Their main goal is to entertain audiences that want to be retrospectively transferred to the sixties, while maintaining their image. They do not try to copy the faithful image of the Beatles in detail, the type of hairstyle or shoes, but they focus on the music itself.