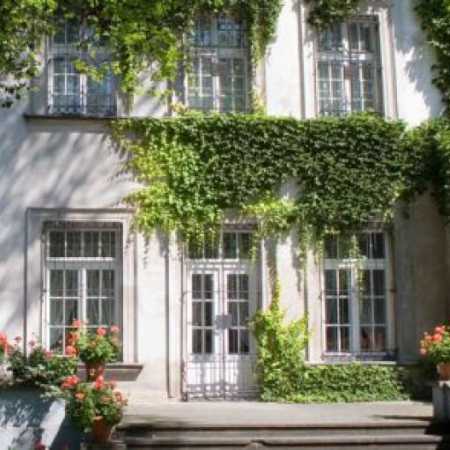 The Józef Mehoffer House is a Museum branch located in the former residence of the painter at no. 26 Krupnicza Street and is listed in the Register of Historical Monuments.

After Józef’s death, the family stayed in the house filled with works of art, archives and memorabilia. As early as in 1963, Zbigniew Mehoffer (1900-1985), the painter’s son, began to expend efforts to create Józef Mehoffer’s museum in Krupnicza Street, which bore fruit only many years later. In 1986, in accordance with the will of the artist’s family, the house and the land became the property of the State Treasury and was transferred to the National Museum in Krakow for the purpose of establishing a branch dedicated to the artist. After further renovations and redecorations, the Museum was opened to the public in 1996.