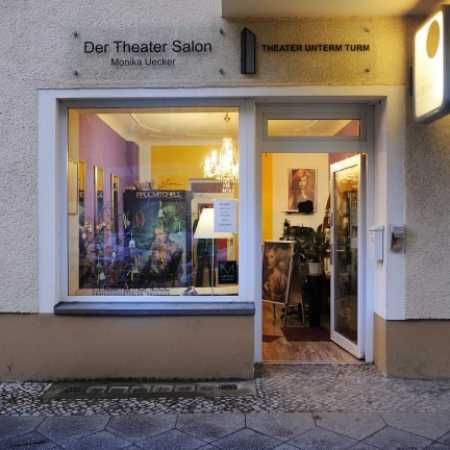 The theater Theater unterm Turm opened its doors in 2010 directly unter the unique steeple at Hohenzollernplatz at the district Wilmersdorf in the west of Berlin.

The formerly forgotten theatre hall was used by the Berlin philharmonic orchestra after World War II and rebuilt as well as equipped with modern stage technique in the 1990s. Today, the ensemble around intendant Roland R.H. Uecker is creating a various program with guest performances as well as own productions formt he genres singing, cabaret, comedy and tragedy besides scenic readings and dance performances.