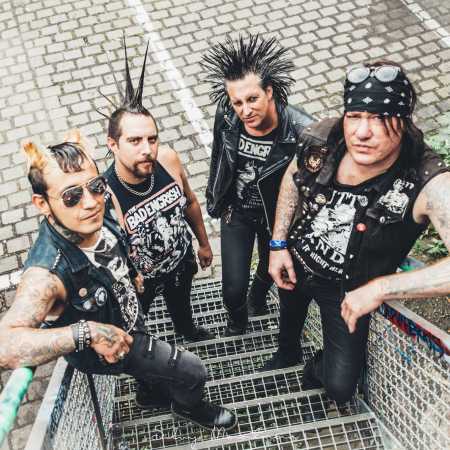 Total Chaos of America California are orthodox punk gang that would, if confirmed that its members did not give a damn, without blushing could boast the title legend. Lithe, rough and straightforward hardcore punk rub since 1989, have released nine studio albums, contributed to a decent line compilations and their image, referring to the punk 80 years would, without a perfectly colored and perfectly pointy bodlinatých Cir get by. Their clearly defined anti-fascist views and unchanging critical social attitudes are not only a kind of proklamativním password embroidered on customary křivákách. First, singing frontman Rob Chaos gave birth to the cult label SOS Records, which issued the album as a band The Exploited, Vice Squad, Sham 69 and The Adicts, but perhaps more importantly, the band such as, among others, participated in the creation of organizations United Valley Punks, Orange County Peace Punks and Alternative Gathering Collective, and is actively involved in the events of vegetarian groups under the umbrella of Food Not Bombs.