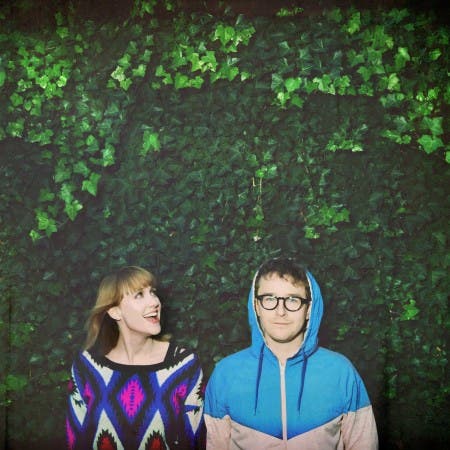 Formed in mid-2006, Wye Oak (formerly known as Monarch) are Jenn Wasner and Andy Stack. Jenn & Andy have been playing music together and apart in Baltimore, MD, and chose their name from the honorary state tree of Maryland. If Children is the culmination of many months of recording, polishing and perfecting to achieve what Any Given Tuesday best described as, “. … . mingling in a room full of shoegaze, alt-country, folk, and noise, shaking hands, kissing cheeks, and making friends with everyone.” If Children is an exuberant debut – noisy and restrained in turn, Wye Oak describe their philosophy: “We’d like to think that if a song is good enough, it’ll stand on its own regardless of how much noise you pile on top. On the other hand, we do like noise.” Listen, and we think you will have to agree!

The droll tone and fleeting sweetness of a Yo La Tengo are cut into the more deeply textural concerns of shoegaze in the Baltimore group’s work. It’s an interesting alignment, given the contrast in senses of humor. But Wye Oak successfully shed tonnage from the latter without losing potency.