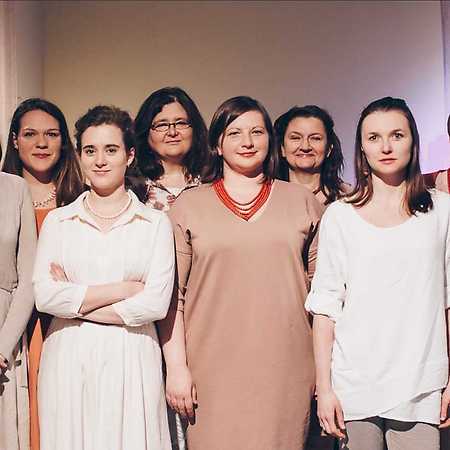 The band From the forest sings songs from Polesie, from the territory of Ukraine, Belarus, and Poland. It consists of people with many years of experience in practicing traditional music, which since 2008 have been traveling together in Polesie in search of old songs, meetings with people and traces of archaic culture. They reach the oldest inhabitants, learn their stories, learn to sing from them. The entire band’s repertoire comes from the participants' own recordings. The band was created on the initiative of Jagna Knittel, during the implementation of the projects of the Panorama Kultur association. The result of the projects were films, concerts, photographic exhibitions and the performance Olmany interludium.