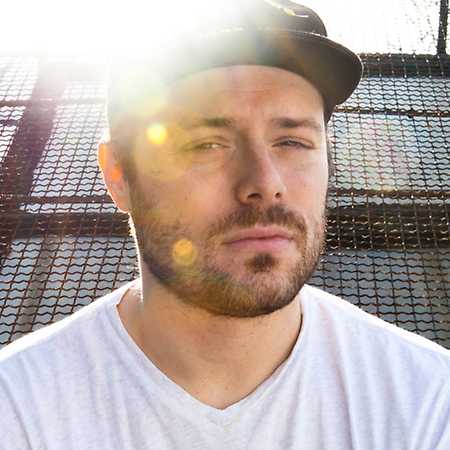 "I’m Blockhead. I was born and raised in downtown manhattan. I make beats. I’ve worked with a bunch of MC’s (lots with Aesop Rock, Murs, Cage, Mike Ladd, and a bunch of others). I also do solo instrumental hip hop type shit on Ninja Tune Records .

My first album “Music By Cavelight” is now approaching triple platinuim and I’m thinking of buying a jet . Both of those statements are incredebly false. But what is true is that I’m also one half of the critically acclaimed (if acclaimed means dispised) Party Fun Action Committee along with my homeslice Jer. It was a comedy album put out by Def Jux. It is also , possibly, the best worst selling album ever made. Since then, I’ve made four other solo albums, worked with a bunch of rappers, toured a lot and I’m still here. My newest album, “Interludes after midnight” is out now. You should totally check it out. Seriously."