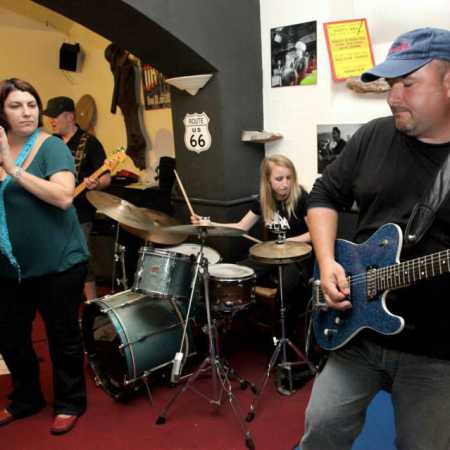 The band was formed in 2003 by Bloosers and consists of musicians with a wealth of experience from a variety of groups in Brno. The repertoire with the stylish moves on the borderland blues, rock and soul, and is trying to give space for a significant Hančin singing … In 2007, the band won the Blues Aperitif in Šumperk and could therefore play in the prestigious bluesovém Festival Blues Alive and in Polish Chorzově. In 2008, he was with the band filmed show Blues ze Staré pekárny and fall once again played at the Festival Blues Alive in Šumperk, this time open Saturday evening program on the main stage. It also occurs, the first change of players, guitarist James Away replaced by Radim Baisa. In the next year begins cooperation with Tom Jegrem and performances as the opening act Danny Bryant in Uh. Brod, in the autumn, the band then Bloosers "předskakuje" Johnny Winterovi Semilasse in Brno. The next years are dedicated to concerts and in 2013, replaced by Paul of the cross in Richard Baèíková always. The current composition of the band: lead vocals-Hana Křížová Kris Guitar Eda Žovinec Guitar-Radim Baisa bass guitar Ivan Lamser-Drums-Richard Baèíková. – Translated by Automatic service