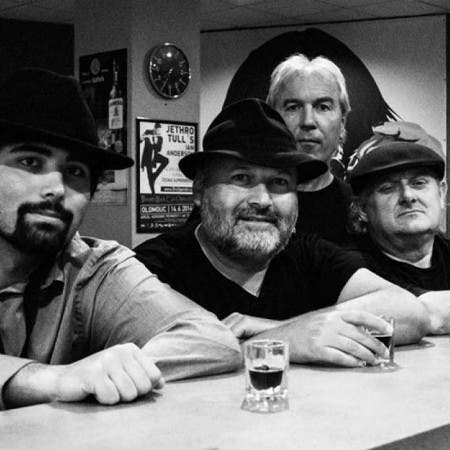 Olomoucká Bluesberg band has been plaing since the end of 2000, mostly their own music in a style that someone described as a traditional singer-songwriter blues-rock. The group collaborates with several renowned poets - the authors of texts and their compositions were recorded on CDs. The band released four CDs from 2002 to 2006 on their own account, the last two albums from 2008 (Meleme pantem) and from 2010 (Bluesberg 2010) were released by Prague based publishers.