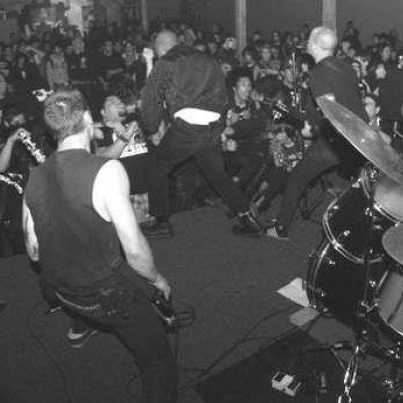 Born/Dead is a hardcore punk band formed in late 2000 in Oakland, California consisting of Bill Jackson playing drums, Wyatt Culbertson (both formerly of Chemical Imbalance) playing bass and splitting vocal duties with guitarist Will Kinser. Will had been a member of the short-lived Santa Cruz/San Francisco, California band No Options. No Options had broken up suddenly upon the death of member Chad W. Rickley. All of Born/Dead's records have been dedicated to his memory and they still play No Options songs in their live set. Born/Dead's style of DIY punk is influenced by hardcore punk, peace punk and some crust punk. They sound similar to Aus Rotten, Econochrist and Tragedy.

We Fall As One