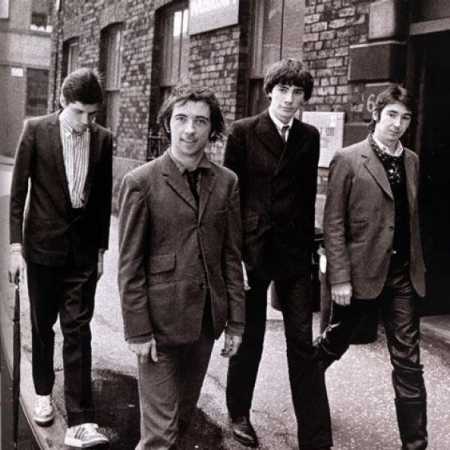 Buzzcocks  Ever Fallen In Love (With Someone You Shouldn't've)

Buzzcocks is an English legend the first punk wave. Was founded in 1976 in Manchester, and its founding members Pete Shelley and Howard Devoto, who first attempts to establish a band done already at the University. Driver of their early punk was none less than the veleslavní countrymen Sex Pistols and later also Clash. At first glance the nonsensical name was a derivative of the phrase “It's the buzz, cocks!”, derived from the TV series, which in the early days of the band, the duo were seen by Devoto and Shelley. In addition, the “buzz” is the expressive indications for performing on stage and “cock” is slang in Manchester in meaning “man”.

Devoto and Shelley had yet to drummer and bassist figure to the post on behalf of Steve Diggle, who after the early departure of Devota he switched to guitar. In 1981 after three issued by the Studio, the band disbanded labech, but again, in 1989, began its activity and works to this day. Of course, many times modified staffing, as in the legend of this type is normal. However, the Central pair, which has in all around the fingers, the Buzzcocks Shelley and Diggle, is still in the lead and still it plays them.

In the music of the Buzzcocks is placed a significant emphasis on melody and zpěvnost tracks. They are therefore referred to as “pop-punk” praotcové, even as “the Beatles of punk”, and sometimes also as a band, which gave the Giants evolve like Green Day or Offspring. But don’t be fooled-this by comparing the Buzzcocks have in Melody and really catchy zpěvnost, but their original English sound won’t leave you in no doubt that this is a real legend, that the history of this music began to write. – Translated by Automatic service