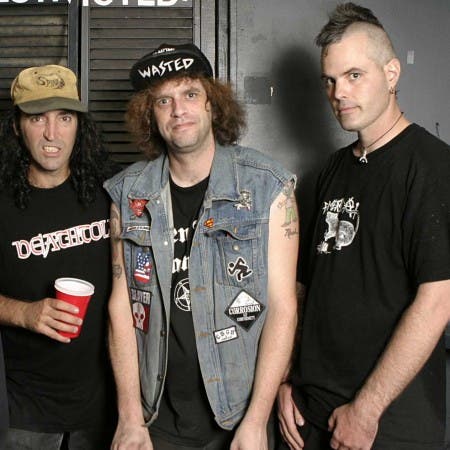 Crossover thrash precursors. They formed in 1981 in Houston, Texas. Their first concert was on June 2, 1982, and in September of that year, the band recorded their first limited-to-1,000 mini album entitled Dirty Rotten EP, containing 18 minutes of music in 22 tracks, released on a 7-inch EP. A year later it was released as a Dirty Rotten LP and was a great success, but also becoming an inspiration for other musicians. Since then, the band has been giving concerts and has become an icon for fans all over the world. They have 7 LP and a lot of mini albums, including "But Wait … There's More!" Released last June.