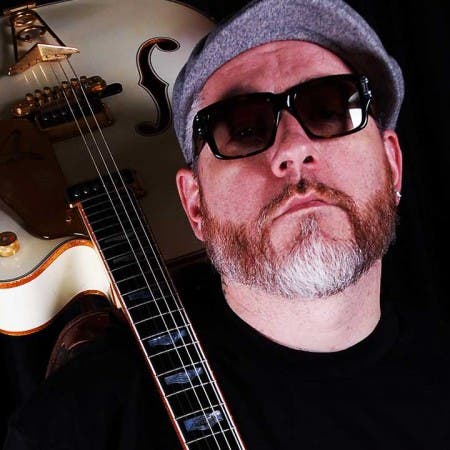 Eric Francis Shrody aka Everlast is a man of many faces. It confirmed in September 2013, when they decided to release acoustic album and go with him on a world tour. The great interest in its a new motherboard and concerts, including Prague, showed that it was a good choice.

Everlastova career is characterized by the alternation of solo and the kapelových period and in 1990, when he was a member of the rap formation of Rhyme, delivered with the support of Sindicate hip hop guru of Ice-T's first record ' Forever Everlasting '. However the great success achieved in the year 1992 with a group of House Of Pain and the debut single ' Jump Around ', for which these Ireland-American hooligans have acquired several times Platinum. Subsequently, they toured alongside other emerging rebel as Rage Against The Machine or The Ramones. After the breakup of the band with Everlast once again gave a solo career and in 2000 released two albums ' Whitey Ford Sings the Blues ' and ' Eat At Whitey's ', which marked a shift from the wild to a unique rapperství to písničkářskému.

To the success of the Everlasta at the turn of the century certainly contributed to the cooperation with the eclectic guitarist Santana on the single, ' Put Your Light On ', for which both received a Grammy Award in 1999. This was followed by three more Studio albums and a collaboration with former colleagues from the House Of Pain on the project La Coka Nostra, which put the Everlast once again her rapperskému I. On the last plate The Life Acoustic, according to his own words, peels off his best recordings into a form, how to, in his head. "Those songs on the album sounds exactly as it first appeared. I have always just made is with guitar and keys before I brought them into the Studio. " – Translated by Automatic service