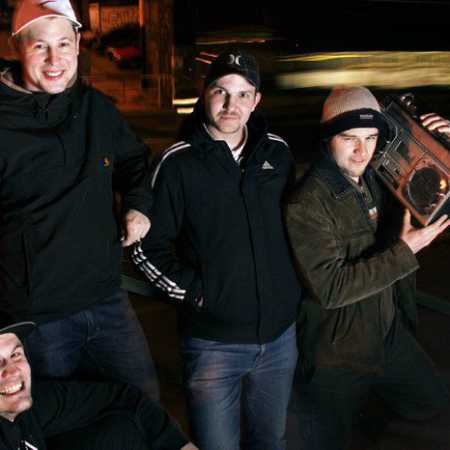 Since the formation of Forward March Posse they have established themselves as a strong part of the Prague and Czech reggae scenes. During this period they have worked on their style and have their own distinctive sound.

The history of Forward March Posse began in August 2006 when Papa Rejnok and Sir Marvin organised their first party in Wakata club, Prague, at which time they had no clear ambition or shape. The addition of Don Cosmic, and for a short time, Lord Nostalgic, completed the posse. Over time the line-up has evolved into the current team of Papa Rejnok aka Fubatan and Don Cosmic (DC), Far Steppa, Disciple Jacob and Gary G. Waiting to emulate the culture of independent reggae sound systems, as we know it from Jamaica, the USA and the UK, they built their own sound system in 2009 – a significant milestone in the existence of Forward March. This has allowed them to develop their style, inspired by sound systems like Sir Coxsone Outternational and Jammy$ Super Power. Which escalated in a proper soundsystem bashment called Style and Pattan which became a coveted Prague event.

Forward March Posse are proud propagators of the 80′s sound – rub a dub and digital reggae. However, this doesn’t prevent them from being able to ram in any form of jamaican music from strictly foundation to the latest bangers, off course all between this included. 100% strictly entertainment.