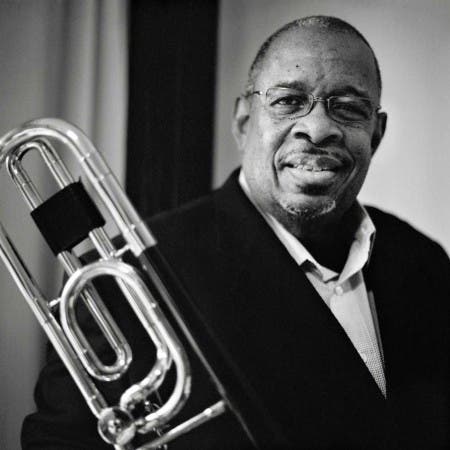 Fred Wesley  Get Down Widcho Baad Self

Fred Wesley is now probably the world's greatest trombone. In American music, he has no peer. Whether playing jazz, funk, R & B or blues, his solos always amaze and inspire. It is known as a longtime partner of the greatest funk star James Brown, who wrote for and with whom he worked years on stage as a trombonist and singer and backing band which led JBS. Maceo Parker was a teammate and a member of more stable world funk legend George Clinton. She now works primarily as the frontman of his own jazz-funk band The New JB's.