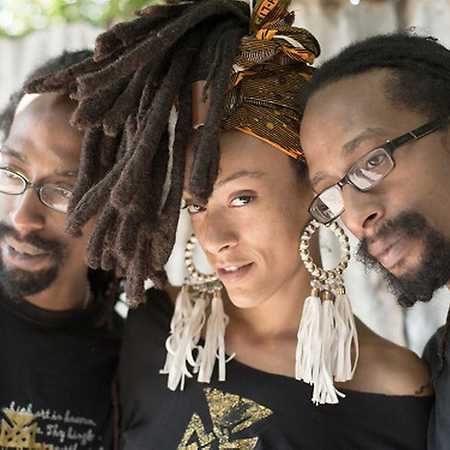 Jah Ova Evil is a Jamaican community that its exposure represents a strong human values such as love, equality and solidarity. They yearn for a world where poverty will have their place and where everyone lives in harmony with its surroundings. In the Czech Republic will be the Jah Ova Evil represent two brothers Gideon and Selah. Jah Ova Evil are very well known in the jamajském capital, Kingston, where he is involved in the country’s rich cultural life.

Each week, hosts of the event, thanks to which the young and older artists share their knowledge about reggae music. Music produced by members of the Jah Ova Evil reflects the current trend of so-called. Reggae revival, and is not afraid of a connection with jazz, soul, hiphop and electronic music. With United Flavour gets off by accident. For some time, cooperate with bassist and producer United Flavour Djeiem, which for them produced by several riddimů. Gideon appeared on stage together with United Flavour to this year’s Edition of the Festival Rock for Churchill. – Translated by Automatic service