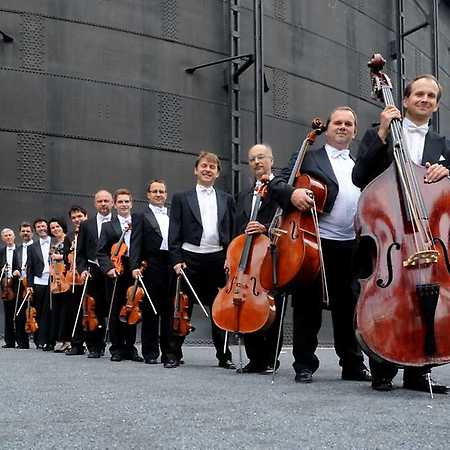 Janáček Chamber Orchestra was founded in 1964 by notable musicians of Janáček Philharmonic Orchestra Ostrava. Shortly after, Zdeněk Dejmek took over the artistic guidance and thanks to his impressive musicality, sense of style and systematic precise work he brought the orchestra up to an excellent level and gave it a distinctive interpretation character. They named the ensemble after the most remarkable Czech composer of the first half of 20th century L. Janáček, a native of nearby Hukvaldy, who always had strong feelings for that region and got inspired by it many times when composing his music. The repertoire of the ensemble includes compositions from baroque to contemporary styles, which match the sound possibilities of an orchestra of twelve members; however, adding other instruments is no exception these days. Top interpretation repeatedly brought the ensemble to festival concerts, both in the Czech Republic and abroad, where the ensemble performed with remarkable Czech or foreign soloists. In 2005 Zdeněk Dejmek handed the artistic guidance over to a violinist Jakub Černohorský who already successfully guided Janáček Chamber Orchestra on its tour in South Korea in 2004.