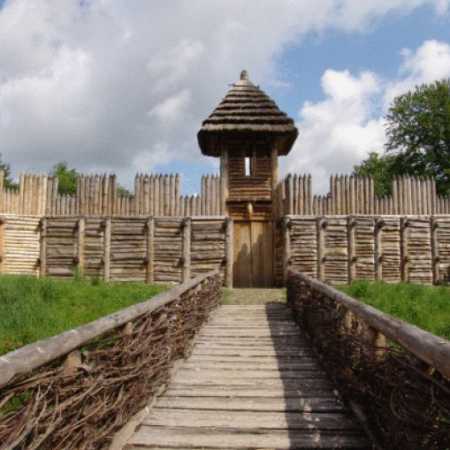 Chotěbuz-Podobora archaeological site is one of the most important prehistoric and early medieval monuments of Cieszyn Silesia. On the terrace of the river lay in the past, the mighty three-parter hradiště, under which originally flowed through the river Olše.

Hradisko in the Podoboře was settled in two stages. The first stage was prehistoric, which occupies a period older iron age, specifically the Silesian-platěnickou culture (circa 800 – 400 BC. n. l.). Among the most significant monuments of this period include for example. beads of glass paste, iron axes and soft tuhovaná ceramics. The second phase of the settlement falls to the Slavic period. At this time, there was a massive gradually hradisko, which served as the power and economic center, was probably the where the social elite. – Translated by Automatic service