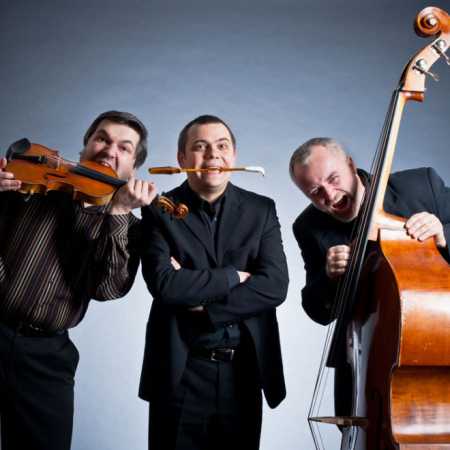 The Repertoire of the PaCoRa trio, named after the initial syllable surname of its members, however, certainly not confined to the be-bop. Today, he stands firm on copyright and represents the totally original musical shape with high-quality protection against illegal copying. And the rest of the musicians of the trio are similarly unique personalities such as violinist Stano Palúch: Comendant is at home in jazz, classics, folk music and bluegrass, bassist Robo Ragan is a seasoned classical orchestral player and jazzmanem malokapelovým.

PaCoRa works since 2004. For the unique sound of the trio can organic intermingling of folklore with elements of jazz and classical music. The trio dominated the Repertoire of his own compositions and jazz standards přearanžované. In 2005, she recorded for the label, Hevhetia Kosice band debut CD, which shortly thereafter, received great reviews in the review of the English music magazine, the prestigious “BBC Music”. In 2007, the trio was invited the Director of the Brno Philharmonic Orchestra concert to putting their compositions in the arrangements for the Orchestra. Followed the concerts with the Philharmonic Orchestra Zlín, Slovak Philharmonic Orchestra, soloists and Chamber SCHO Žilina, Bratislava. PaCoRa has recordings for Czech and Slovak TV and radio, the Austrian ORF and several films. Another CD released around the world in 2009, and the latest thing is the reeling recording Fugit Hora (running time) from 2013.

PaCoRa trio is a genuine export music article and as such it’s even lovers and connoisseurs of music from around the world. Criticism on the BBC with the result of our jazz 4stars latitudes phenomenon with the frequency of the return of Halley’s comet to the planet Earth. At home, though, no one is a Prophet (and PaCoRa home in Brno, undoubtedly is), their virtuosity and positive energy, however, will convince almost everyone. – Translated by Automatic service