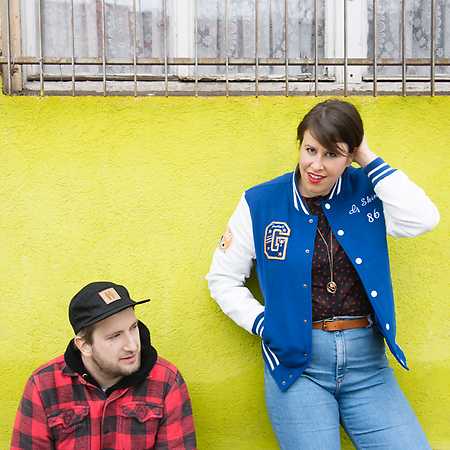 nspired by Canadian kitchen parties, acoustic instrumentations and music collectives while growing up in North Bay, and later Guelph, Ontario, Paula moved to Warsaw to study, and a few years later met Karol. Having played in rock bands for the past 10 years, Karol had dreams of finding an Emmylou Harris to his Bob Dylan, a Laura Marling to his Noah and the Whale. The two sat in his kitchen, high on musical inspiration and their love for folk rock, and started creating pop songs on Karol’s guitar and Paula’s violin. Realizing their voices were so similar they settled for a completely different sound that was neither Dylan nor Noah.

They file their music under urban-folk, borrowing sounds from eclectic acoustic instruments, energetic smile-on-my-face singing, and peppy hand claps and are now blessed to play with a myriad of magical musicians including Staszek, Krzysiek, Szymon and Christoph.