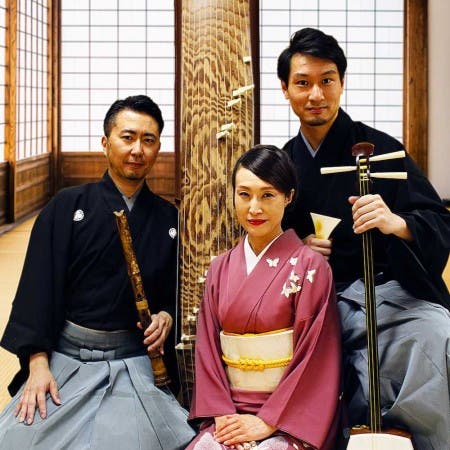 Pro Musica Nipponia is a group of leading composers and top-rank musicians devoted to performing a wide-ranging repertoire of classical and contemporary compositions from both Japan and the West. The group’s outstanding feature is that all music is performed by traditional Japanese musical instruments. Pro Musica Nipponia (sometimes abbreviated to “Nipponia”) was founded in 1964 with the intention of devising a vital form of expression based on ancient forms and instruments linked to traditional aesthetics, and yet simultaneously responsive to the spirit of the present.