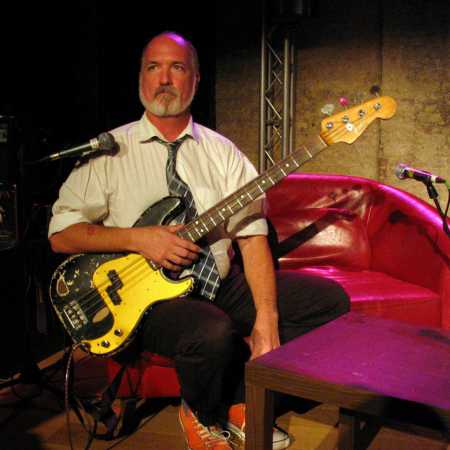 Scott Thunes has been a musician since age ten, attending College of Marin Music Department at ages 15-17 (no degree). Performing in countless ensembles and bands outside of school, he finally cemented his technique and love for classical music, jazz, rock, fusion, avant-garde, new wave, punk, and pop tunes. He later gained employment with Frank Zappa after an arduous audition process, eventually singing background vocals and playing bass and synthesizer with him from 1981 till 1988.

After leaving Zappa’s employ, he joined his son Dweezil’s band. Scott is infamous in Zappa fan circles for breaking up the ’88 band. This lie-that-never-dies makes him smile.