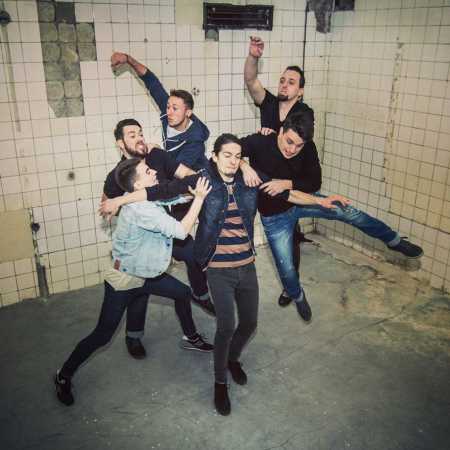 The band got together in September 2009 in Strážnice in South Moravia. The fact that the band is working with two singers, instability caused initial musical style. S by closing the eye can be subsumed under the label band crossover - metalcore. From spring 2010 the band started touring as it continued throughout the summer. Shadow Area the same year also played the Czech festival Rock for People through winning the competition mediated portal bandzone.cz. In the autumn of the same year the band recorded their first cd serial-called Skylines in Sopa studio in Linden and 20.11. he was baptized in the Moravian Sand. Another success was the band's progression into the finals of the prestigious Prague competition MetalGate Massacre May 14, 2011 where she placed 2nd place, or performance at night full of stars. Since the beginning of 2012 began preparing for the future EP Signpost and production of new Merche. In the same year, the band signed an international competition Emergenza where she won a nationwide bike club in Brno Favál. In the European finals, held in Bratislava Club Majestic then holds 4th place. Signpost EP itself was composed with a few interesting names to Czech music, and foreign. – Translated by Automatic service