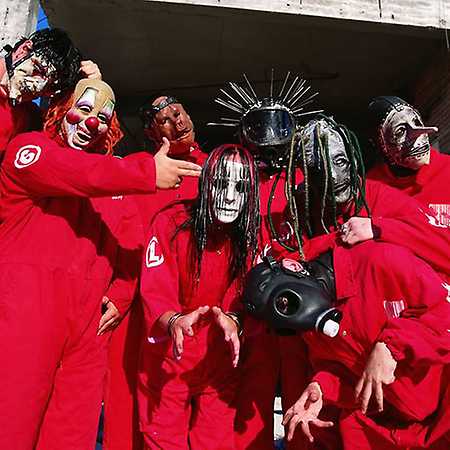 Slipknot is an American musical group nine. It is known for bizarre costumes and masks their members and harsh style. Their songs are in English and are considered by many to be controversial.

The Group Slipknot is known for not only music, but also their concerts. Is not at all surprising when they start hitting between them or after each throw various items. Between the top of the show include when Joey and his entire drum kit comes out about 3 feet in the air and rotates, the ninety degrees downwards, or Joey peeps directly into the country, and still plays drums. SID is again popular with jump between the fans. It turned out, even with heels and then to attract nalomenými on a Chair. Slipknot fans and concerts. According to them, would not play if he felt that the live-support their "maggots", as they call their supporters. – Translated by Automatic service