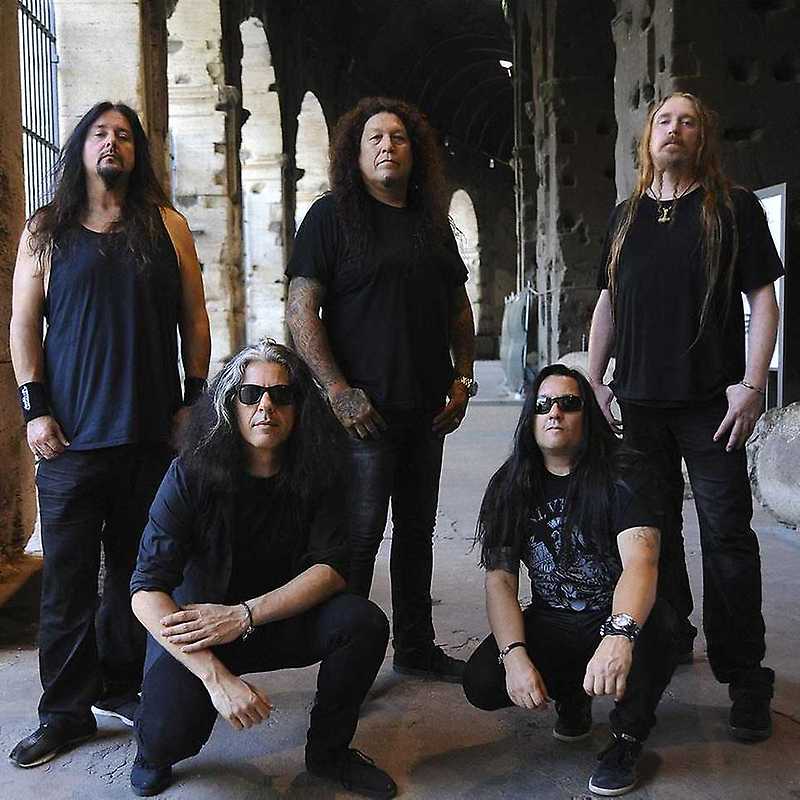 Testament  Brotherhood of the Snake

Testament is an American thrash metal band from Berkeley, California. Formed in 1982 under the name Legacy, the band's current lineup comprises guitarists Eric Peterson and Alex Skolnick, lead vocalist Chuck Billy, drummer Gene Hoglan, and bassist Steve Di Giorgio. Since its inception, Testament has had numerous lineup changes, leaving Peterson as the only constant member. Billy replaced original singer Steve "Zetro" Souza (who left the band to join Exodus as the replacement of Paul Baloff) in 1986, prior to the recording of their first studio album, The Legacy, and has been a member of the band since. He and Peterson are the only members to appear on all of Testament's studio albums.

Testament is often credited as one of the most popular and influential bands of the thrash metal scene, as well as one of the leaders of the second wave of the genre in the late 1980s. They have also been referred to as one of the "big eight" of thrash metal, along with Metallica, Megadeth, Slayer, Anthrax, Exodus, Overkill and Death Angel.

After signing to Atlantic Records, and changing their name from Legacy to Testament in 1986, they released their debut album The Legacy in 1987, and broke into the U.S. mainstream with its follow-up album The New Order (1988). Their next four studio albums — Practice What You Preach (1989), Souls of Black (1990), The Ritual (1992) and Low (1994) — were also successful, with the former of the three entering the Top 100 on the Billboard 200 chart. Over the course of its career, Testament has experienced several resurgences of popularity, with their last two studio albums — Dark Roots of Earth (2012) and Brotherhood of the Snake (2016) — entering the Top 20 on the Billboard 200, and has toured consistently.