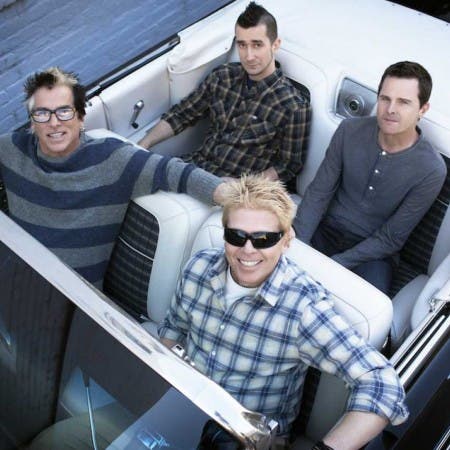 The Offspring  Pretty Fly (For a White Guy)

The band The Offspring was founded in 1980. years at the same time with other California groups Sublime, Rancid and Green Day and participated in the revival of the punk-rock scene in the u.s. during the first half of the 1990s. years. For the first time achieved great commercial success of the 1994 Smash plate, which sold over 12 million copies. After this success, the band started to be interested in a big publishing house and The Offspring eventually signed a contract with Columbia Records. This album launched their successful careers. 14 the first album with Columbia Records, Ixnay on the Hombre was released in 1997 and received a good response in the criticism. In 1998, the band released a fifth album called Americana, which is the most successful album of the band. It sold over 12 million copies and earned multiple Platinum Awards. The following plate Conspiracy of One from the year 2000 received a Platinum certification. The album Splinter from the year 2003 no longer has not recorded such a success as the previous two, but even so was awarded the Golden plates. The next album of the Group’s Rise and Fall, Rage and Grace from the year 2007, which recorded success thanks mainly to the hit “You're Gonna Go Far, Kid”, which he finished on 37 weeks the top spot in the us Billboard Alternative Songs chart rankings. 16 the ninth Studio album, Days Go By was released after a long postponement of 26. June 2012. The Group has sold more than 34 million plates, thus became the second best selling after Green Day punk-rock band in history. – Translated by Automatic service