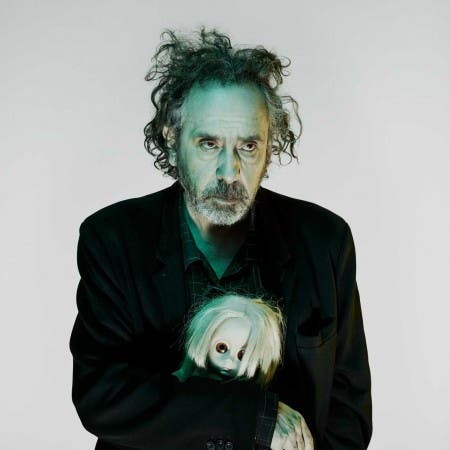 Tim Burton is widely regarded as one of cinema’s most imaginative and visual filmmakers. He has achieved both critical and financial success in the live-action and animation genres.

Burton most recently directed Big Eyes, starring Amy Adams and Christoph Waltz, which will be released in 2014.

2012 was a productive year for Burton, who directed Dark Shadows and produced Abraham Lincoln: Vampire Hunter. He was awarded a BFI Fellowship and became an Empire Legend. He also directed the Academy Award and BAFTA-nominated Frankenweenie, which won the LA Film Critics’ award for Animation Feature. Through his dedication to animation, he has helped reinvigorate the stop-motion industry, starting with his 1993 creation and cult classic The Nightmare Before Christmas; and followed by the 2005 Academy Award–nominated and BAFTA winner for best animated feature, Corpse Bride.

Other achievements include Alice in Wonderland, which won two Academy Awards, and received a Golden Globe nomination for Best Picture – Musical or Comedy. The film earned more than a billion dollars at the worldwide box office, making it the second-highest-grossing release of 2010.

Burton has won a National Board of Review award for his directing work on 2007’s Sweeney Todd: The Demon Barber of Fleet Street, which also won the Golden Globe for Best Film – Musical or Comedy.

Besides Burton’s dedication to filmmaking, he has a passion for creating artwork. In 2009, he released the award-winning The Art of Tim Burton, a 430-page book comprising more than 40 years of his personal and project artwork. In November of that year, the Museum of Modern Art (MoMA) opened an extensive exhibit of his work In New York, which went on to tour in Melbourne, Toronto, Los Angeles, Paris, and Seoul, breaking ticket sale records at each stop. In 1997, he published the beloved illustrated series of poetry called The Melancholy Death of Oyster Boy & Other Stories.

Burton grew up in Burbank, California and attended California Institute of the Arts, where he studied animation, before moving on to the animation department at Disney. While there, he directed the 1982 stop-motion animated short film Vincent, narrated by Vincent Price, which was an award winner on the film festival circuit. He also directed the 1983 Kung fu–inspired short film adaptation of Hansel and Gretel, and the 1984 live-action short film Frankenweenie.