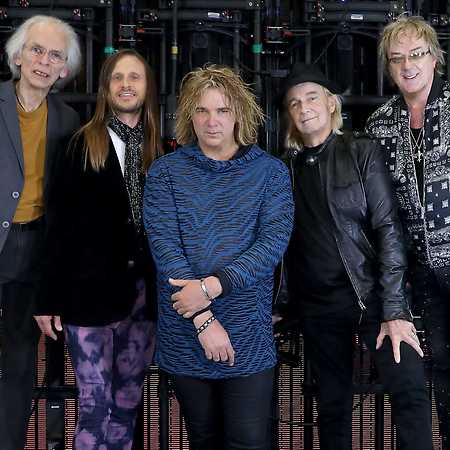 Yes are an English rock band, founded in London in 1968 by vocalist Jon Anderson and bassist Chris Squire. Anderson has recorded a single with The Warriors beat band founded by his brother Tony, and later sang a few singles for the label Parlophone Records under the pseudonym Hans Christian. He was also briefly a member of the Gun. Squire was a member of The Son, and his style of playing the bass guitar was greatly influenced by John Entwistle, a member of The Who. Their first debut album, entitled Yes, it was released on the 25th července of 1969. Harmonious vocals pair Anderson – Squire immediately became the hallmark of a trademark sound of the group. – Translated by Automatic service